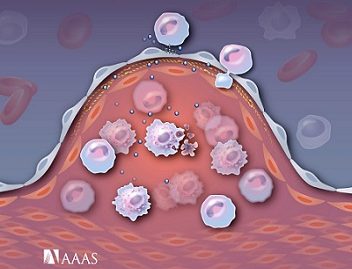 Nanometer-sized “drones” that deliver a special type of healing molecule to fat deposits in arteries could become a new way to prevent heart attacks caused by atherosclerosis, according to a study in pre-clinical models by the Omid Farokhzad’s lab at Brigham and Women’s Hospital (BWH) and Ira Tabas’s lab at Columbia University Medical Center. These findings were published in the February 18th online issue of Science Translational Medicine. Although current treatments have reduced the number of deaths from atherosclerosis-related disease, atherosclerosis remains a dangerous health problem: Atherosclerosis of the coronary arteries is the #1 killer of women and men in the U.S., resulting in one out of every four deaths. In the study, targeted biodegradable nano ‘drones’ that delivered a special type of drug that promotes healing (‘resolution’) successfully restructured atherosclerotic plaques in mice to make them more stable. This remodeling of the plaque environment would be predicted in humans to block plaque rupture and thrombosis and thereby prevent heart attacks and strokes. “This is the first example of a targeted nanoparticle technology that reduces atherosclerosis in an animal model,” said co-senior author Omid Farokhzad, MD, associate professor and director of the Laboratory of Nanomedicine and Biomaterials at BWH and Harvard Medical School (HMS). “Years of research and collaboration have culminated in our ability to use nanotechnology to resolve inflammation, remodel and stabilize plaques in a model of advanced atherosclerosis.” In this study, targeted nanomedicines made from polymeric building blocks that are utilized in numerous FDA approved products to date, were nanoengineered to carry an inflammation resolving drug payload in the form of a biomimetic peptide called Ac2-26. Furthermore, this peptide was derived from one of the body’s own natural inflammation-resolving proteins called Annexin A1. The way the nanomedicines were designed enabled this biological therapeutic to be released at the target site, the atherosclerotic plaque, in a controlled manner.
[Read more from bizjournals] [Read more from HMS] [Read more from The Telegraph]

Nanomedicines for Drug Delivery to Myeloma and Bone Microenvironment

A collaboration between Harvard Medical School researchers at Brigham and Women’s Hospital and Dana-Farber Cancer Institute has utilized nanomedicine technologies to develop a drug-delivery system that can precisely target and attack cancer cells in the bone, as well as increase bone strength and volume to prevent bone cancer progression. Bone is a favorable microenvironment for tumor growth and a frequent destination for metastatic cancer cells. Targeting cancers within the bone marrow remains a crucial oncologic challenge due to issues of drug availability and microenvironment-induced resistance. In this study, engineered bone-homing polymeric nanoparticles for spatiotemporally controlled delivery of therapeutics to bone were developed, which diminish off-target effects and increase local drug concentrations. These findings were published online in PNAS (June 30th, 2014 edition) and suggest that bone-targeted nanoparticle anti-cancer therapies offer a novel way to deliver a concentrated amount of drug in a controlled and target-specific manner to prevent tumor progression in multiple myeloma.
[Read more from HMS] [Read more from CRUK] 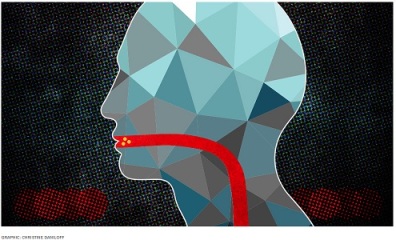 A new study published by Dr. Farokhzad and colleagues has demonstrated for the first time, the oral delivery of insulin-loaded nanoparticles across the transepithelial layer in the gut, using the neonatal Fc receptor (FcRn). In a paper published in the Nov. 27 online edition of Science Translational Medicine, the team showed the development and testing of biodegradable controlled release polymeric nanoparticles that have an antibody fragment on their surface, which targets the FcRn found on the surfaces of cells lining the intestines. This receptor mediates IgG antibody transport across epithelial barriers and was originally discovered as the receptor in the neonatal intestine that transports IgG in breast milk from the mother to her baby. Interestingly, this receptor is expressed into adulthood at similar levels to fetal expression and is an excellent targeting strategy — allowing the nanoparticles to get actively transported through the intestinal walls and enter the bloodstream. The team showed that nanoparticles coated with Fc proteins reached the bloodstream 11-fold more efficiently than equivalent nanoparticles without the coating. Furthermore, the amount of insulin delivered was large enough to lower the mice’s blood sugar levels. This type of drug delivery could be especially useful in developing new treatments for a range of diseases where regular medication is required. The lead authors of the study are Dr. Eric Pridgen (former MIT graduate now studying for his medical degree at Stanford University) and Dr. Frank Alexis (former BWH postdoctoral fellow now Assistant Professor at Clemenson University).
[Read more from BWH] [Read more from MIT news office] [Read more from The World Street Journal] 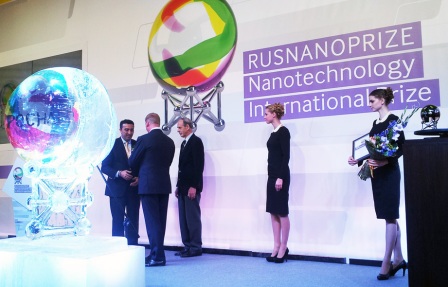 Dr. Farokhzad is awarded the 2013 RUSNANOPRIZE for developing nanoparticle technologies for medical applications

Omid Farokhzad and Robert Langer were jointly awarded this year’s RUSNANOPRIZE for their work on clinically translatable nanomedicines. The prize is awarded to researchers and scientists who have produced outstanding scientific or technological discoveries in the field of nanotechnology, and to the company involved in industrializing these technologies for product development and human impact. The prize is 3 million rubles ($94 000) and has been awarded since 2009 to 8 laureates who have laid the foundations for new nanotechnologies, and is one of the largest nanotechnology prizes worldwide.
[Read more from Rusnano] 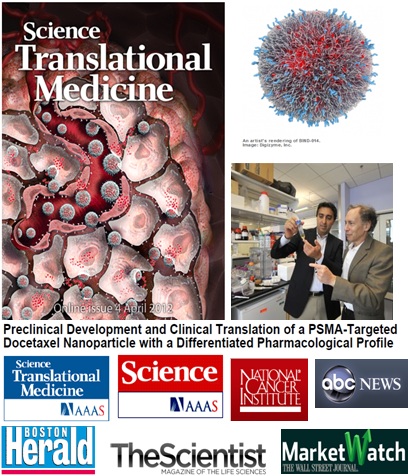 Researchers from Brigham and Women’s Hospital, Harvard Medical School, Massachusetts Institute of Technology (MIT), BIND Biosciences, Inc., and colleagues published the development of a targeted polymeric nanoparticle, called BIND-014, in the April 4th issue of Science Translational Medicine. This work describes the first human trial to test a targeted nanoparticle capable of controlling a drug’s release. These nanoparticles have been optimized to release the chemotherapy drug docetaxel in a controlled manner, in order to deliver a higher and more sustained dose of the drug directly to tumors. This approach allows for up to 10 times more drug to reach tumors resulting in: (i) anti-tumor efficacy at relatively low administerd doses of the drug, (ii) anit-tumor efficacy in tumor types that the drug has shown minimal activity in, and (iii) a reduction in drug toxicity and off-target effects.
[Read more from the National Cancer Institute][Read more from the Science Magazine] [Read more from Brigham Women’s Hospital] [Read the press release from Boston Herald] [Read the press release from MIT] [Read a patient’s interview] [Read more on marketwatch] [Read more on ABC news]

All copyrights reserved with Farokhzad Lab